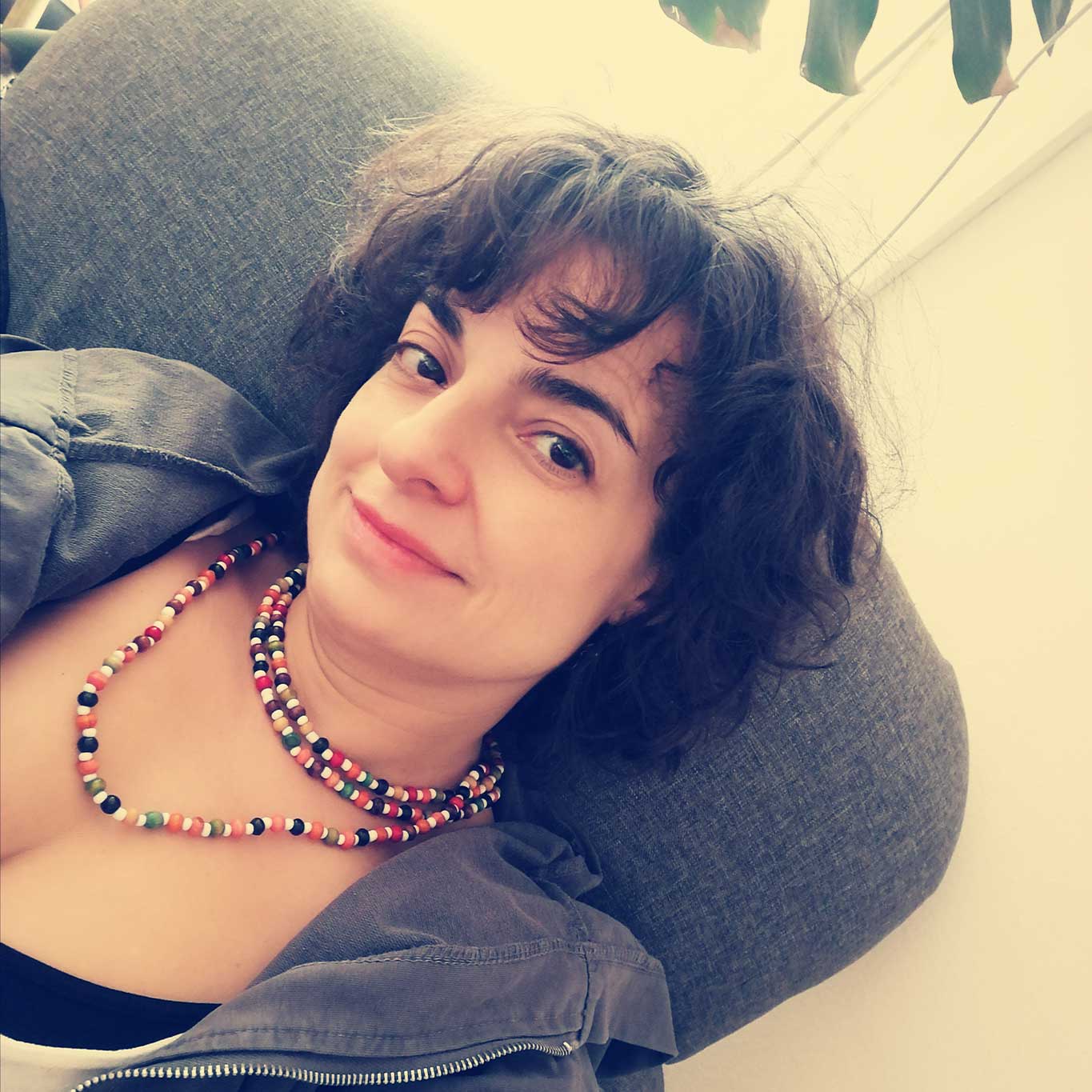 He was born in 1972 in Mexico City. He studied design and graphic communication at the Universitat Autònoma Metropolitana. From 2002 to 2013 he lived in Barcelona where he specialized in illustration and motion graphics, studied lithography and engraving at the School of Arts and Crafts, La Llotja. He was a resident artist at the TPK contemporary art and thought in Barcelona, developing personal work, several artist book projects, curating and exhibiting in different countries, such as Spain, Chile and France.
In March 2010, she won third place in the Guadalupe Madre Tierra international competition, with a polyptych of six pieces entitled La Milagrosa that is installed as a permanent work in the Barranca de Amanalco natural park in Cuernavaca Morelos, Mexico
Simultaneously, he has published illustrations for different print media (Conaculta, SEP free books, Editorial Montesinos, La Cartonera, Editorial Expansió, Norma Editorial, among others), posters for films and cultural events, as well as scenography assembly for various activities of Casa América de Catalunya. It has been selected twice in the International Poster Biennial, with the posters for the films “Perdida” (Mexico-Catalonia 2009) and “Cuirassat” by Alvaro Curiel (Mexico, 2010).
From 2012 until now he has curated and coordinated the collective exhibition “No ens hi cap tanto mort, Memorial a Ciudad Juárez” traveling to different galleries in the Spanish territory. He currently resides in Mexico City. 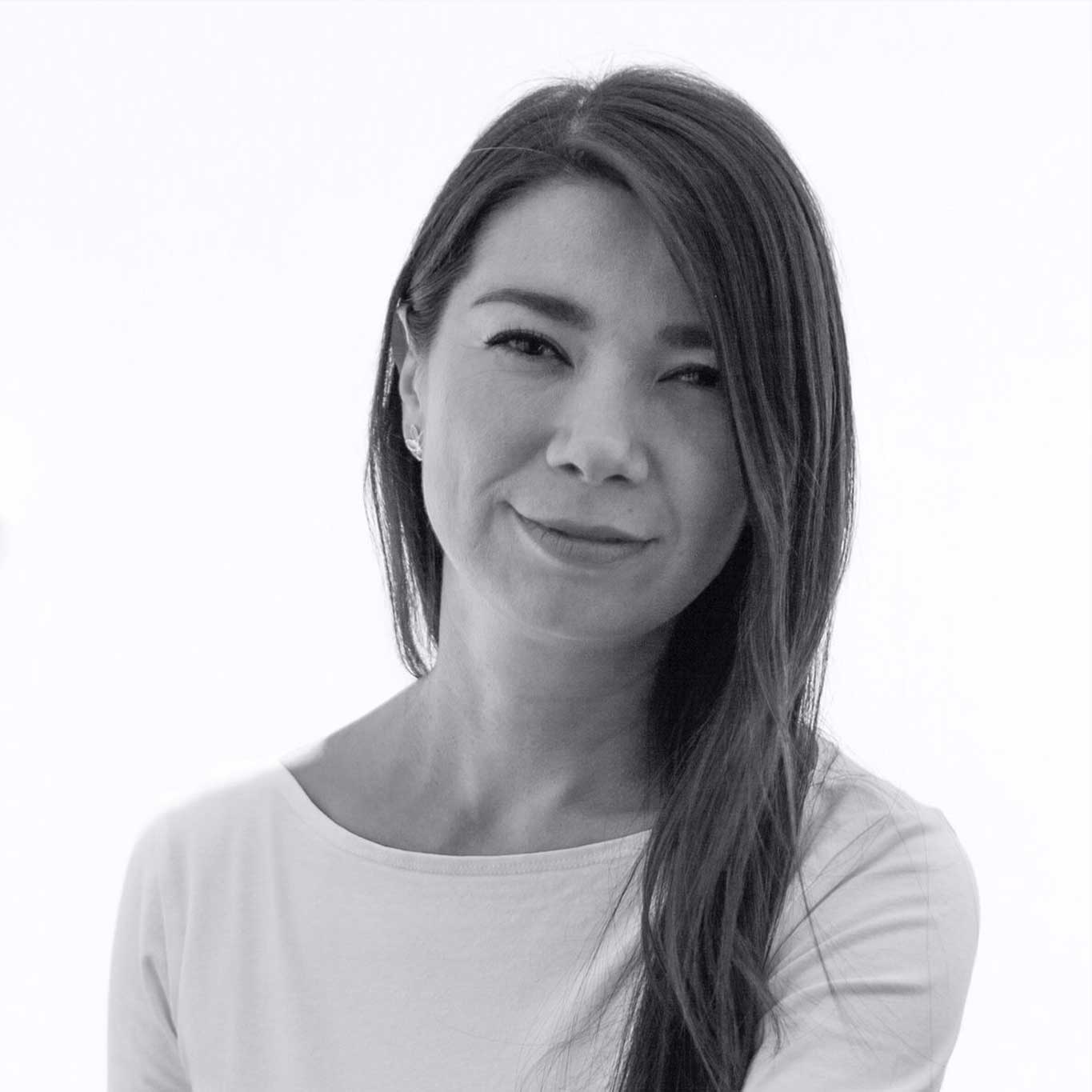 Producer of cultural, artistic and educational projects, born in Bogota, Colombia where she studied social communication, journalism and public relations. He worked for several years coordinating and producing programs of training and promotion of visual arts and theater of national scope for the Ministry of Culture of Colombia.
Currently based in Mexico City, where he has made different productions for plastic artists and audiovisual pieces, he was part of the team of the Community Audiovisual Laboratory program at the Directorate of Community Liaison of the Secretariat of Federal Culture, he worked as logistics and liaison coordinator for the XIV edition of the FEMSA Art Biennale. She is currently the producer of De Casa Producciones, producer of audiovisual and educational projects, with which she created in collaboration with its other 2 members the audiovisual laboratory Alma de Casa, collaborates with the III Biennale of Arts and Design of the UNAM as liaison and management coordinator and is the coordinator of the pedagogical component of the 46th National Salon of Artists of Colombia.

Your interest in the promotion of visual and audiovisual arts through cultural exchanges between several countries in Latin America are the motivation to extend the scope of this exchange with Europe from the platform of the PANORAMIC festival. 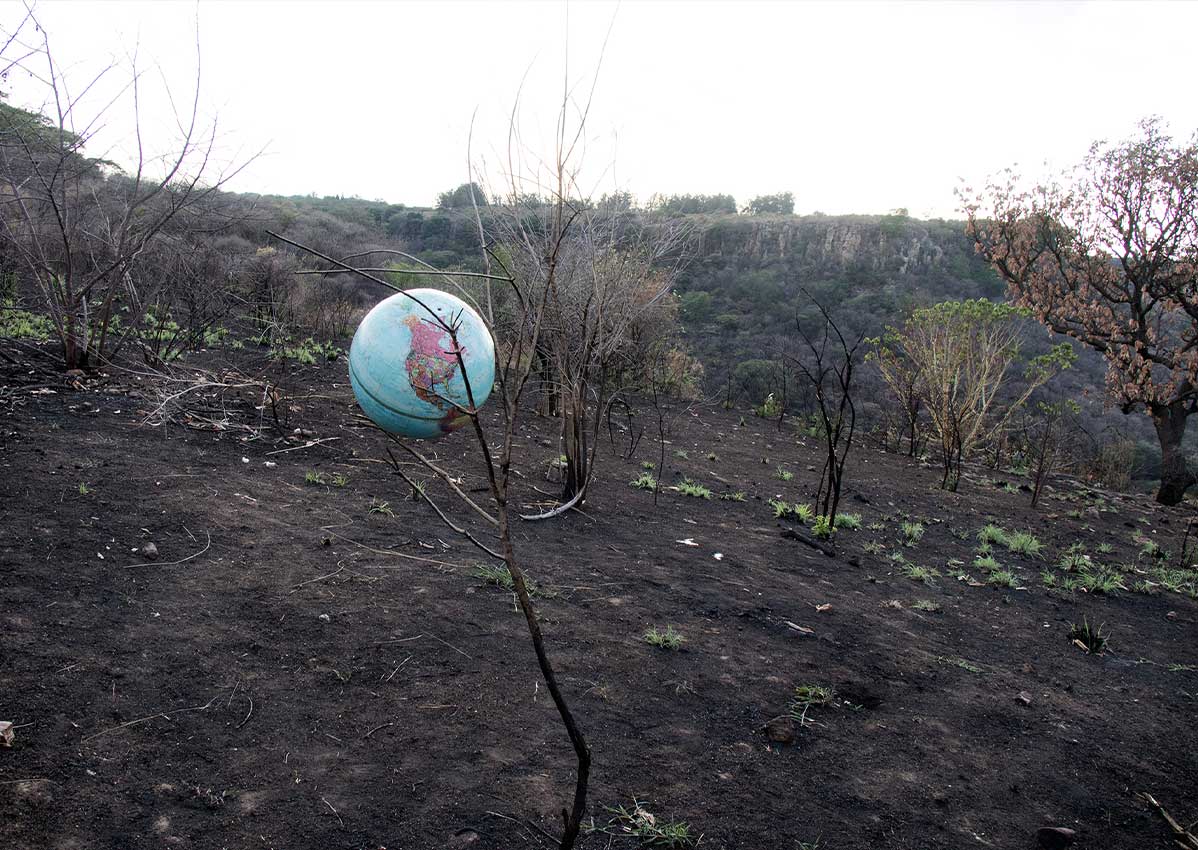 Alejandro Fournier (Guadalajara, Mexico, 1977), Multidisciplinary artist. Since 1997 he has dedicated himself to the arts where he integrates different media in the production of his work such as painting, drawing, sculpture, installation, video, sound art, photography. Interested in the relationship between art and science, community, relational art and futurism. 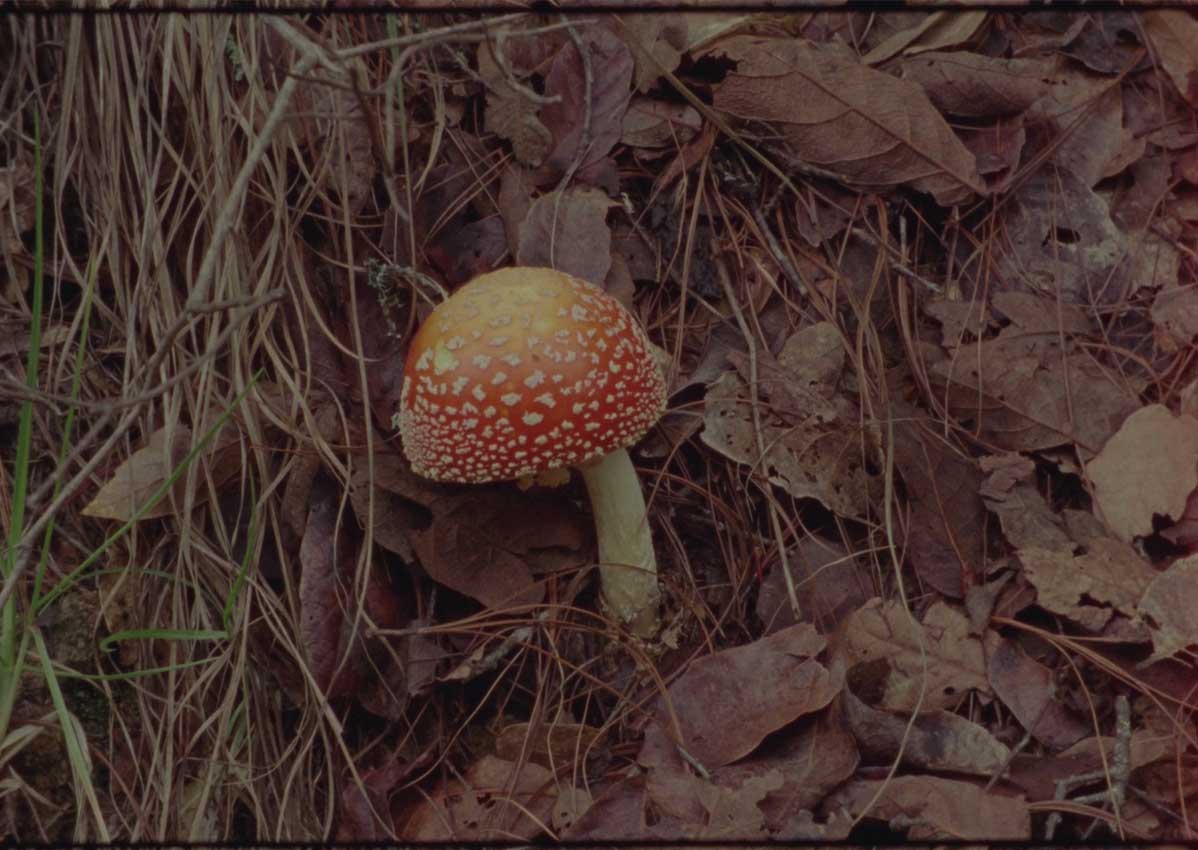 Elena prado is an audiovisual artist who lives and works between the state of Oaxaca and Mexico City where she has positioned herself as one of the representative filmmakers of experimental cinema, combining the making of documentaries, expanded cinema and animation.

He has made animations for the musicians Lila Downs and Los Pellejos; for plastic artists Demián Flores and Francis Alÿs or for projects such as Ambulant, Oaxaca Cinema or the Oaxaca Book Fair.

Short films such as Juquilita, Mi Barrio, Nico et la Berlue, Foc have been screened at festivals and shows in Mexico, Turkey, Spain, France, the United States, Colombia, Canada and Korea and are part of compilations such as: (Ready) Media. Media Archeology and Invention in Mexico (Laboratory of Art Alameda); Cinema Against the Current: Latin America and Spain (Centre de Cultura Contemporània de Barcelona); Collectif Jeune Cinéma (French distributor of experimental cinema). His piece of expanded cinema in film medium Desaparèixer made for the inauguration of the L’Alternativa festival in Barcelona, ​​​​has also been presented in Colombia, Argentina, Portugal, Switzerland and Mexico.

She has been part of the expanded film collective Trinchera Ensamble since 2005 and is also co-founder and currently director of the Experimental Cinema Laboratory (LEC).

Since 2010 he has combined his artistic career with that of managing collaborations of Mexican and foreign experimental film artists: programming live presentations and film screenings, teaching, as well as tutoring new generations of young filmmakers. 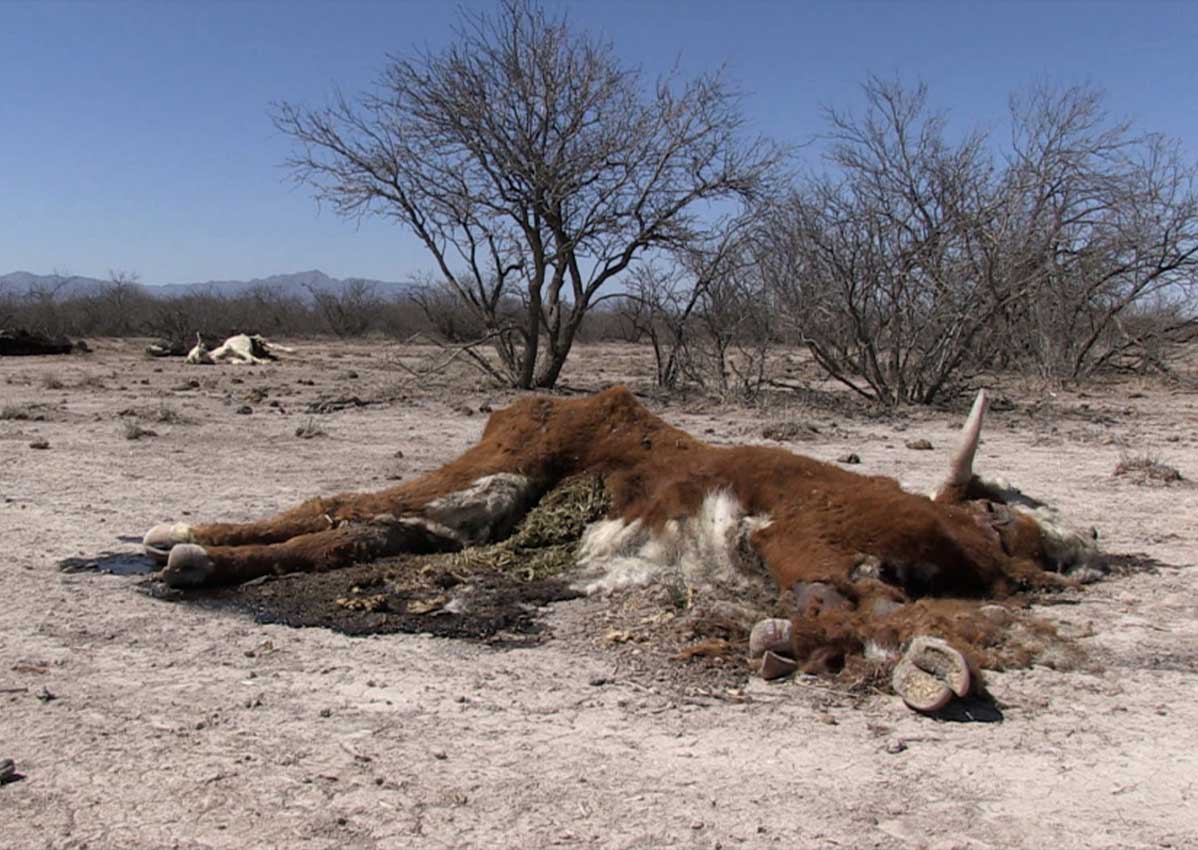 Katri Walker, a naturalized Mexican Scot, was born in Edinburgh in 1978. He graduated with a BA in Sculpture in 2002 and an MA in 2007, both from Glasgow School of Art. He currently lives and works in Mexico City. Through artistic practice, he investigates the fertile space between contemporary art, portraiture and documentary film. He mainly works with multi-channel audiovisual installations, creating intimate works that document the physical and emotional geographies of his subjects and when the concept calls for it, he also works with drawing, photography and sculptural installation.
He has exhibited his work in galleries and museums in Mexico and internationally. Her outstanding artistic activity includes Una Habitación Pròpia: Fragilitats sobre l’exterior (2015), an exhibition together with Melanie Smith and Jaki Irvine at Laboratorio Art Alameda, curated by José Luis Barrios which was part of the Kingdom’s Dual Year United and Mexico. Katri showed a projected diptych, Trip the Light, which was the culmination of a year of research in the world of bullfighting that he also showed as a solo exhibition at the Museu de la Ciutat de Querétaro in 2014.His first feature-length documentary , I broke from the sun, is an intimate and poetic portrait of a group of young women, who grew up in a home in Mexico City. From September 2015 to December 2016, she worked as an audiovisual teacher in the same home giving audiovisual workshops; it was the research and production of projects through performance, experimental video, fiction and documentary film.
Co-founder and artistic director of Ánima de Casa, an itinerant audiovisual laboratory.
2019-2021 FONCA National System of Art Creators scholarship with the project Buscando Paraíso, audiovisual research that is in the process of becoming a documentary.