A project by Marc Anglés

A buried treasure is hidden on the beach of Gavà: a submarine cable of the Internet that is stretched throughs from the sea all over the planet. LSEA -ME-WE shows the projection of the search for this infrastructure on a screen formed by cable trays, material used to hide the wiring theof buildings. Missllto d’a beach fromandrtica, of cable trays od’Internet, thevisual effect of light filtering through the holes of the active screen literally a fourth landscape that modifies the initial video and reveals the screen of the’computer as a supplanted space that takes us away from the materiality of the network. 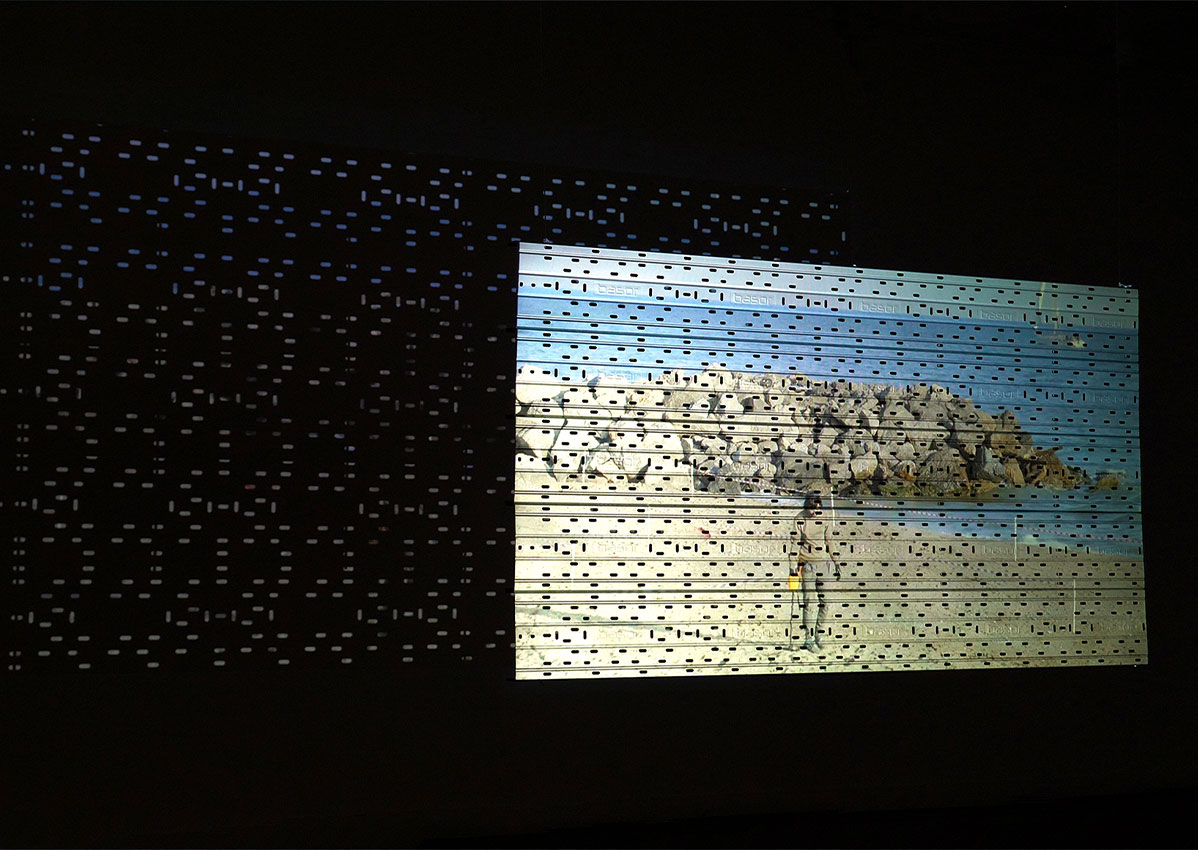