Exhibition curated by Andrés Hispano and Fèlix Pérez-Hita where the idea of Extimity, an intimacy exposed , is linked to the habits and technologies that have transformed our image and the dissolution between the private and the public. But for some people, this condition, in which the private is public, has always been a reality: the sick, prisoners, prostitutes, vagrants, nomads and inmates of all kinds. The exhibition proposal consists of bringing together photobooks, photographs and stills from films (both in print and on screen) of these people through both documentary and fictional cinema and photography. These are people outside the luxury of privacy, with lives crossed by the eye and judgment of everyone: doctors, clients and passers-by in general. People alien to intimacy, deprived of a privacy that, precisely, today surprises us in its voluntary and technified dissolution by young and not so young.

The exhibition is divided into 5 axes:

Prisons: they represent one of the oldest and most painful restrictions, not only because they are spaces that deprive of freedom but also because of the harassment of the watchman, the caretaker or the jailer, currently accompanied by cameras and video surveillance monitors of all kinds. First, they strip you of the fingerprint itself, then the image, and finally the name. The prisoner is a number, a subject who is under an attentive and constant gaze.

Hospitals: We are also often denied privacy in specific situations in the name of our own interest (what a terrible expression!): for example, in hospitals and asylums, where we have access to certain care in exchange for always being in sight and under the criteria of professionals, inside and out. The rest of the patients are inevitable witnesses to this situation. As is the case at airports and other spaces where humiliating inconveniences designed for the docility of the individual and not so much for one’s own safety have been ritualized, the health space deprives us through a robe and insurmountable limits of basic freedoms that we deliver in the name of our own self-interest.

Childhood: through institutions such as boarding schools or in practices such as religious initiation, she has come to know the fact of sacrificing her privacy as a tool for control and integration. Military institutions, in this sense, have been an example: nothing that happens there is intended for personal growth or retreat. Quite the contrary. Many works of fiction have reflected the importance of escaping these childhood intruders through art, excess, or rebellion.

* With images from the Barcelona Photographic Archive and photographs by Xavier Miserachs.

Public space: “The walls have ears” is an expression that used to be used to warn us of spies and gossip. Today, the walls have endless eyes and no one escapes. Public space sees nothing as alien, does not know the right to privacy and, in it, confuses “being” with “exhibiting”. On the street we are the target of anyone, whether we are in traffic or sleeping in an ATM or appear framed in our own window. Fifty years ago, the paparazzi understood the streets as a showcase. Today we do it all: corporations, authorities, influencers, tourists, artists and the curious. We’ve all become applied gossipers, accidental spies, and notaries without a career in history.

The Album: “To invent the train is to invent the train accident,” as the philosopher Paul Virilio put it. Well, to take a picture is to share it. Even if we plan to reserve it for our album or our secret box, all the captured images exist to be shared and their circulation will be inevitable, even if we don’t want to. The images, in pixels or on paper, end up being part of a fascinating public domain, a collective album full of beautiful errors and hilarious horrors that has its own hunters, thieves, collectors and collectors.

The exhibition is divided into 5 blocks composed of hundreds of images printed in mural format that recreate the visual imaginary to which they refer, both from the world of art, cinema and / or advertising. These murals are printed on glued paper and will fit the size of each center. The murals are accompanied by 4 audiovisuals showing the cinephile references.

If you have any questions, do not hesitate to contact us: contacte@panoramicgranollers.cat
Access to the educational device.

From October 15 to November 29, 2020, within the Panoramic Festival 2020 – Photography Film Festival and more. Granollers Museum, Granollers. 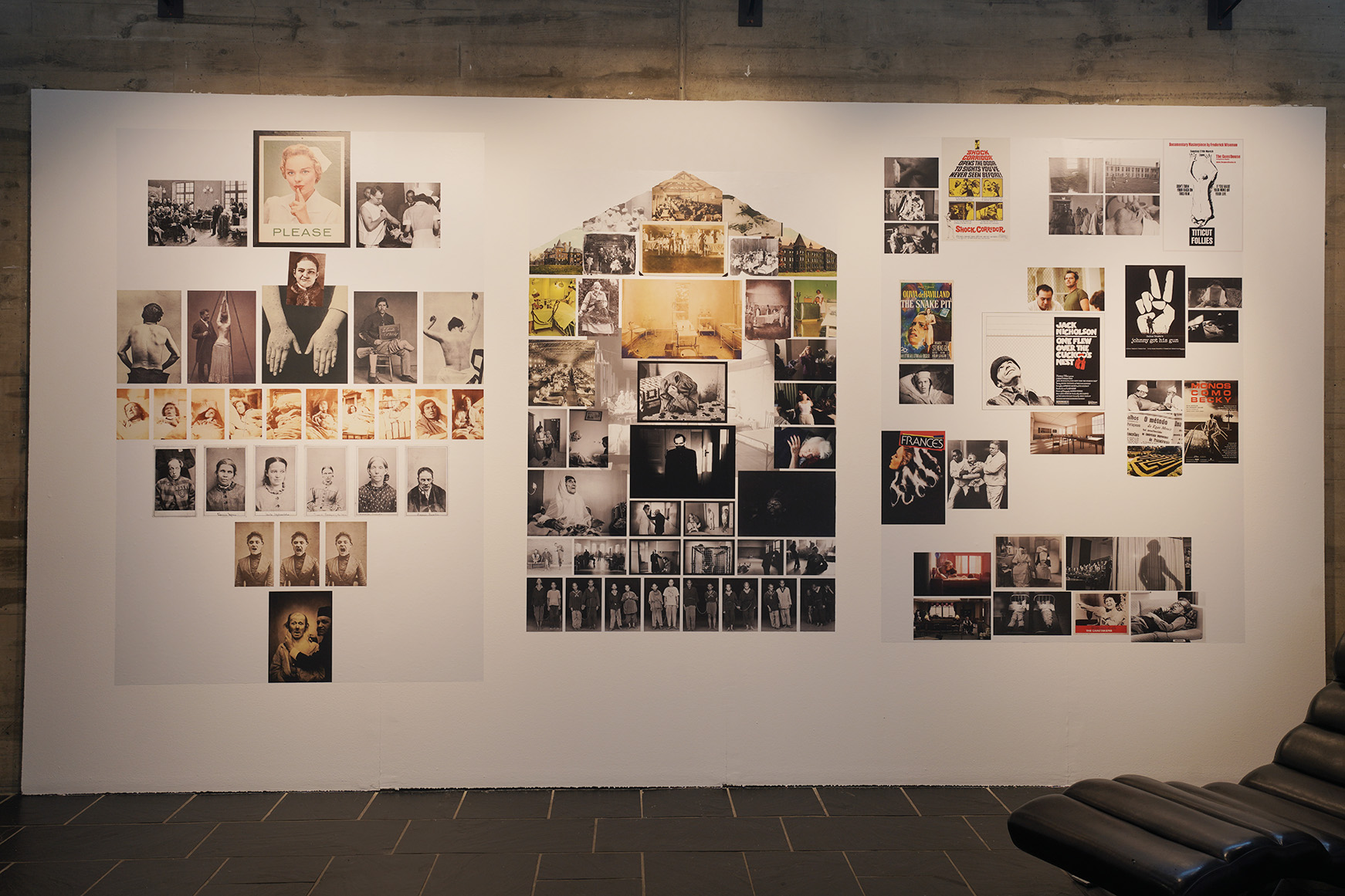 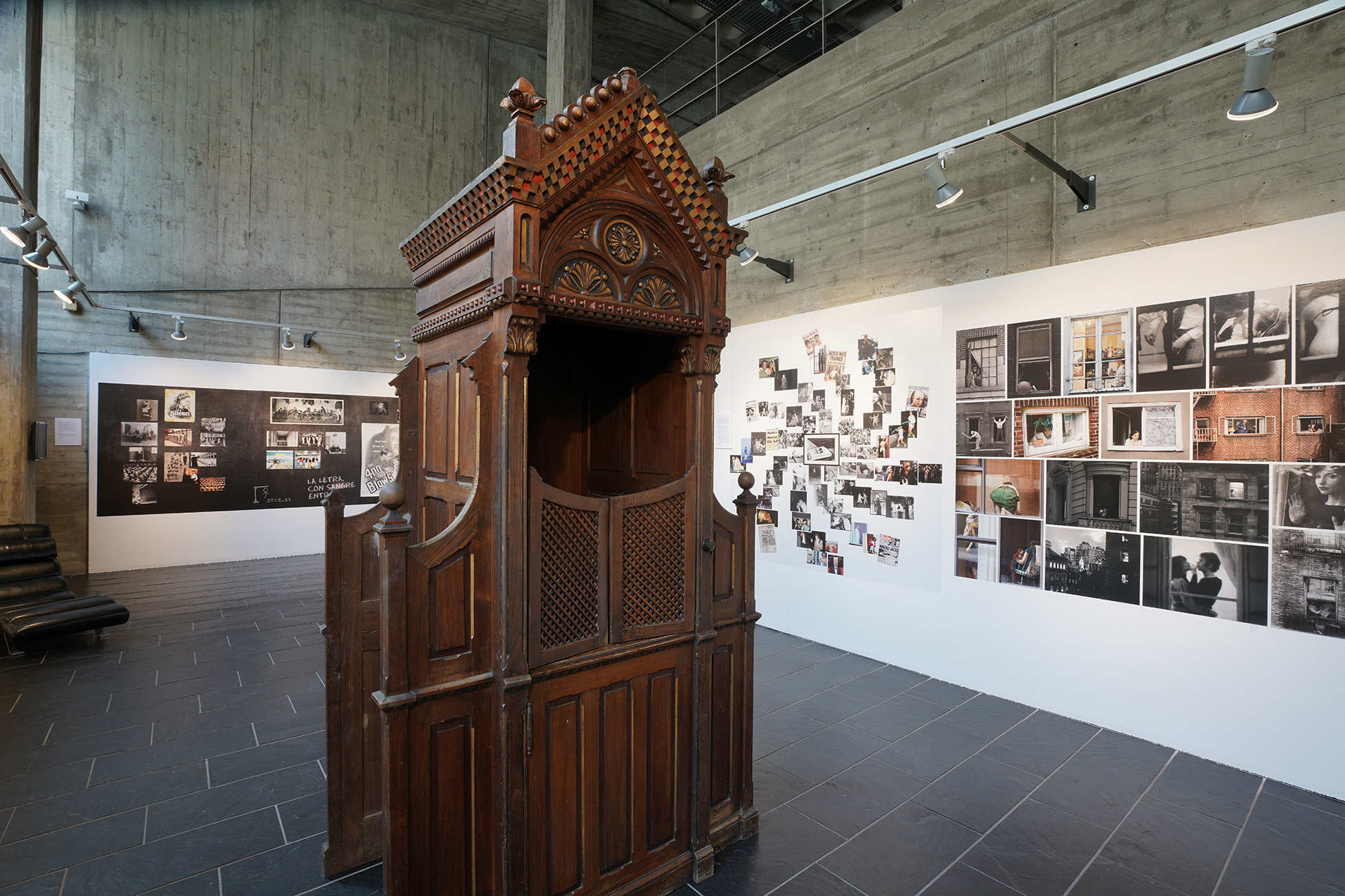 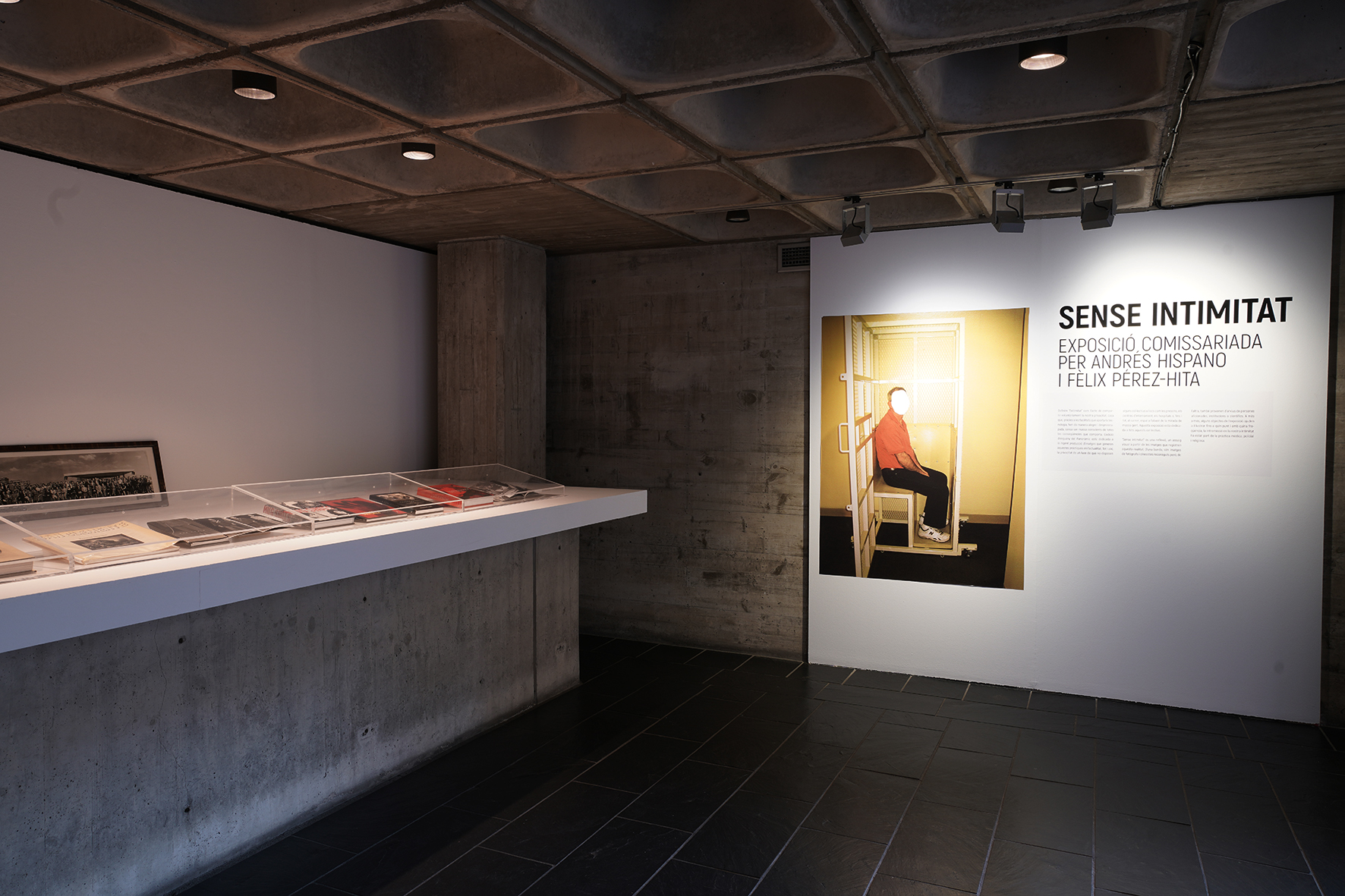 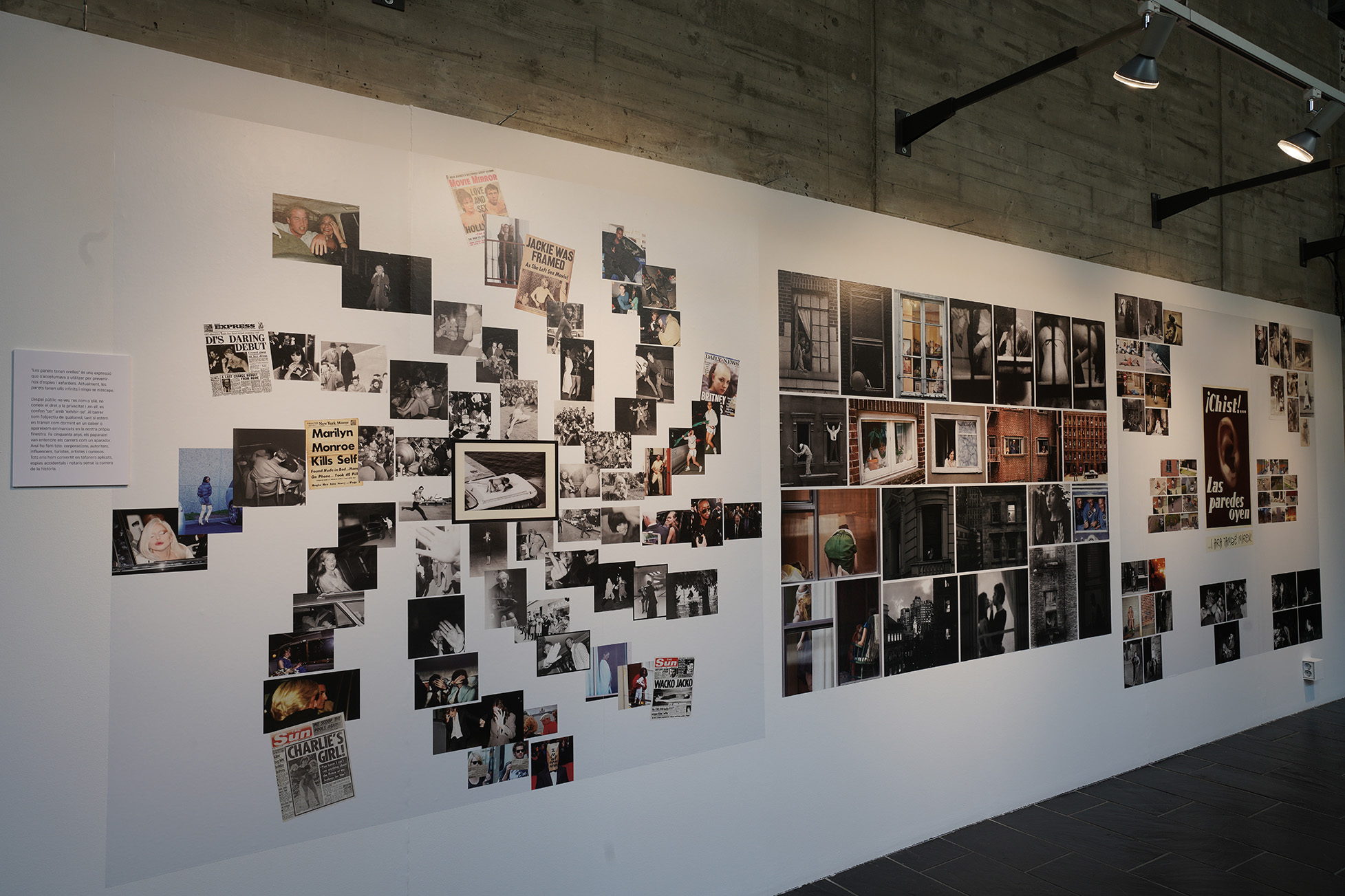 He writes regularly for La Vanguardia’s culture supplement (member of the advisory committee from 2002 to 2014). Director, together with Félix Pérez-Hita, of Soy Cámara (TVE-CCCB). He has curated the exhibitions “The city of filmmakers” (together with Jordi Balló, CCCB, 2001), “The king of the house” (together with Marc Roig, Palau de la Virreina, 2007), “That’s not Entertainment!” (together with Antoni Pinent, CCCB, 2007) and “Global Screen” (together with Gilles Lipovetsky and Jean Seroy, CCCB, 2011). He directed the thematic nights of BTV (1997-2000), the program Boing Boing Buddha (created together with Manuel Huerga, BTV, 2000-2003) and Low Fidelity (together with Félix Pérez-Hita, XTVL, 2005). Among other audiovisuals for museums and art centers, he has directed Somiant la nostra ruina (La Pedrera, 2005), La Trobada (Palau Moja, 2007), Autoscan (CCCB, 2008) and Wish you were here (DHUB, 2009). . He wrote David Lynch, American chiaroscuro (Glénat, 1997) and co-curated, together with Antoni Pinent, the DVD pack From Ecstasy to Outburst (Cameo, 2009). He is a visiting professor of film and audiovisual culture at different universities, such as UPF, Elisava, LCI and URL. 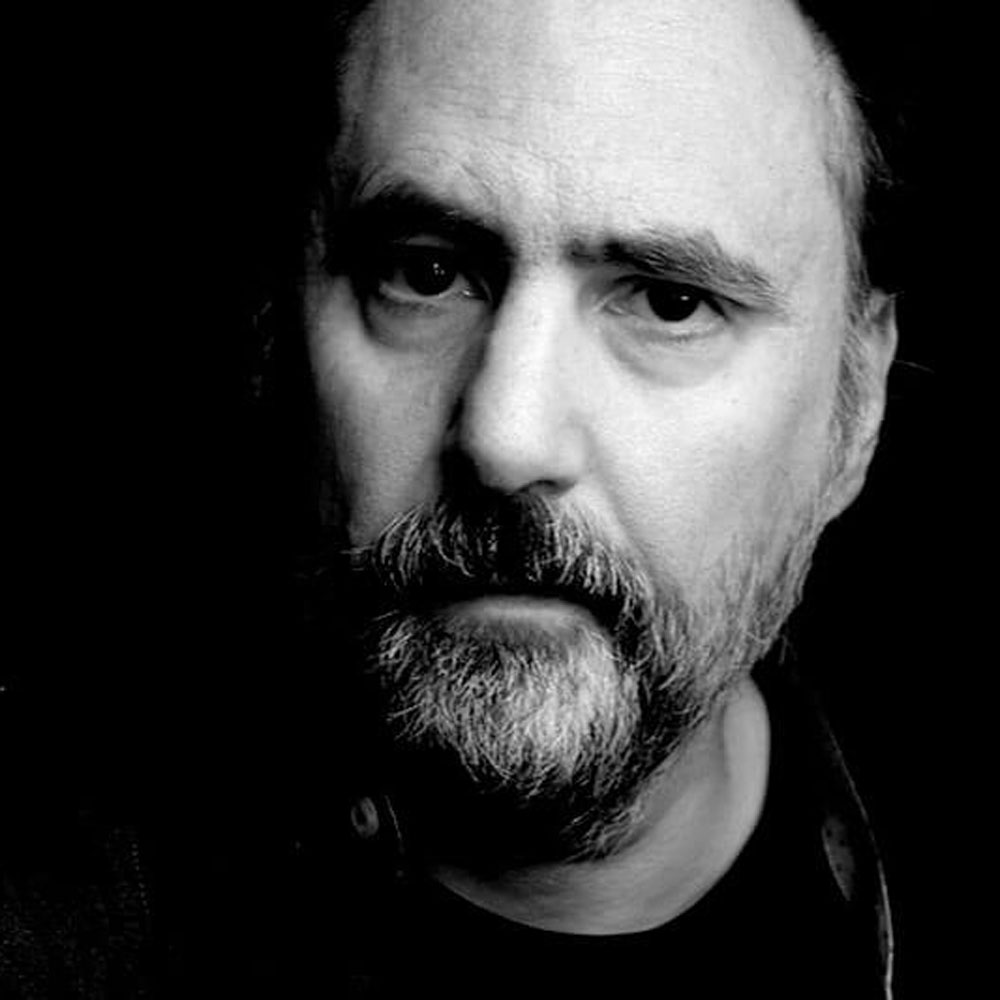 He is currently co-directing some episodes of Soy Cámara with Andrés Hispano, with whom he also directed Baixa Fidelitat (XTVL-2005), and working as a screenwriter and editor for Boing Boing Buddha (BTV, 2001-2004). With Arturo Bastón he directs HILOMENTAL (video sessions). He is a founding member of the Horitzó.tv association and, with the Neokinok.tv collective, created Tvlata (Experimental TV Educational Project, 2007). He was co-director of Crisis Cabinet: a TV show he will not watch on TV (2001-2009), with Bastón and Kikl Grau (original idea by Hispano / K. Grau). From 1997 to 1999 he directed about fifteen documentaries for Barcelona TV. He has taught history and image theory at the Elisava School of Design, as well as masters and workshops at various universities. He has written articles on image criticism for Manía, Archipiélago, Cultura / s (La Vanguardia) and El Estado Mental, among other publications. 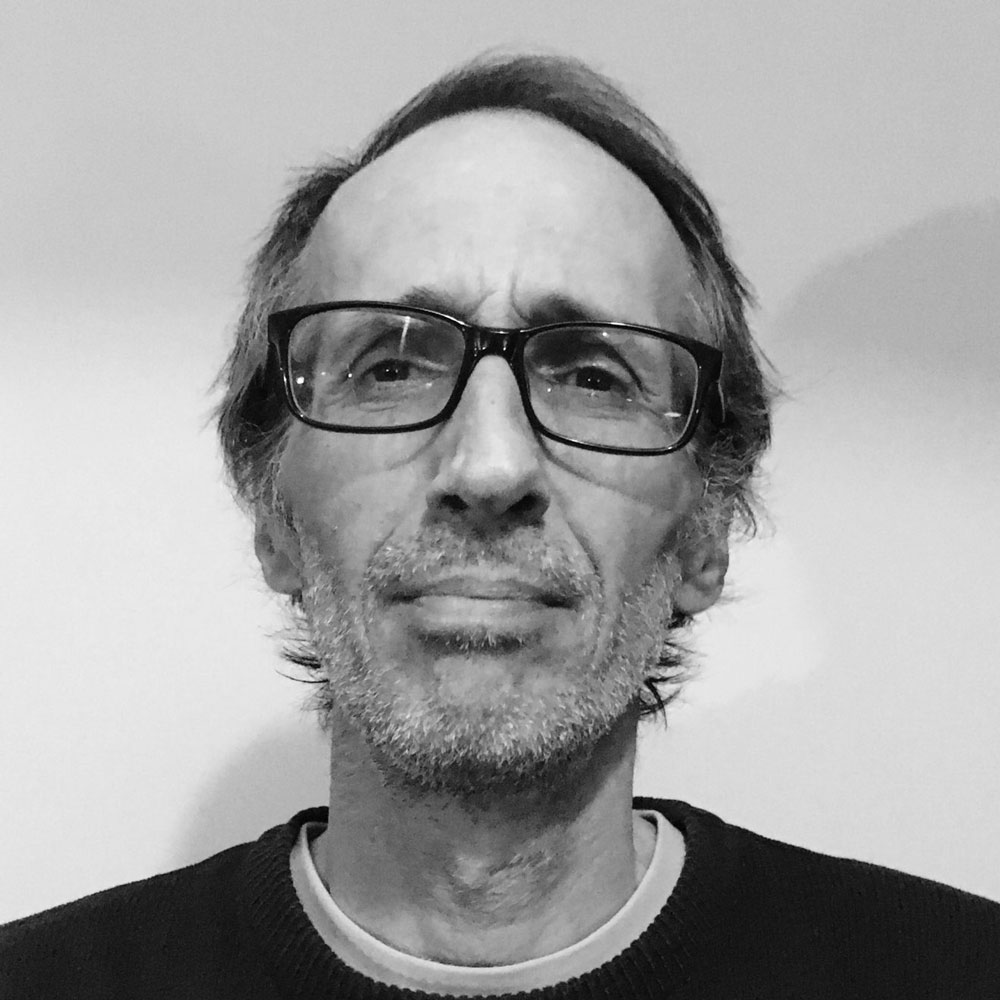