The string quartet will have to be razed to the ground. The String Quartet No. sounds. 66 in G major, Opus 77, by Haydn. At least that’s how it was a while ago. Each impact on the violins, viola or cello involves a minimal, random modification of the harmony, rhythm or timbre of that voice, and with each hit we move a little further away from The Original Work. Each attack on the instrument corresponds to an aggression against the musical form: to see the destruction of the instruments and to hear the decomposition of Haydn’s quartet, hoping that at some point a beach will end up.

One of the most famous slogans of May 1968 in Paris was “Sous les pavés, la plage!” (Under the cobblestones, the beach!). The phrase alluded to the sand that appeared under the cobblestones of the pavement when students set up barricades in the streets. The beach, a space of freedom, soft and without a concrete shape, contrasted with the straight line of the streets and the regulated traffic. Although in the end, neither the beach nor the impossible appeared, in those days cobblestones were thrown against all institutions, rules and hierarchies, with the conviction that the collective force could destroy the established order.
The installation wants to play with this positive sense of destruction and its ability to provoke hope, despite the uncertainty of the end result. Destruction as a form of progress and collective creation. The string quartet, paradigm of the musical form of classicism (canonical historical and regulatory moment par excellence), is a rigid framework of formal rules and restrictive relations between the four voices. The alteration of a single note involves bringing the form to places prohibited by law.

If you have any questions, do not hesitate to contact us: contacte@panoramicgranollers.cat 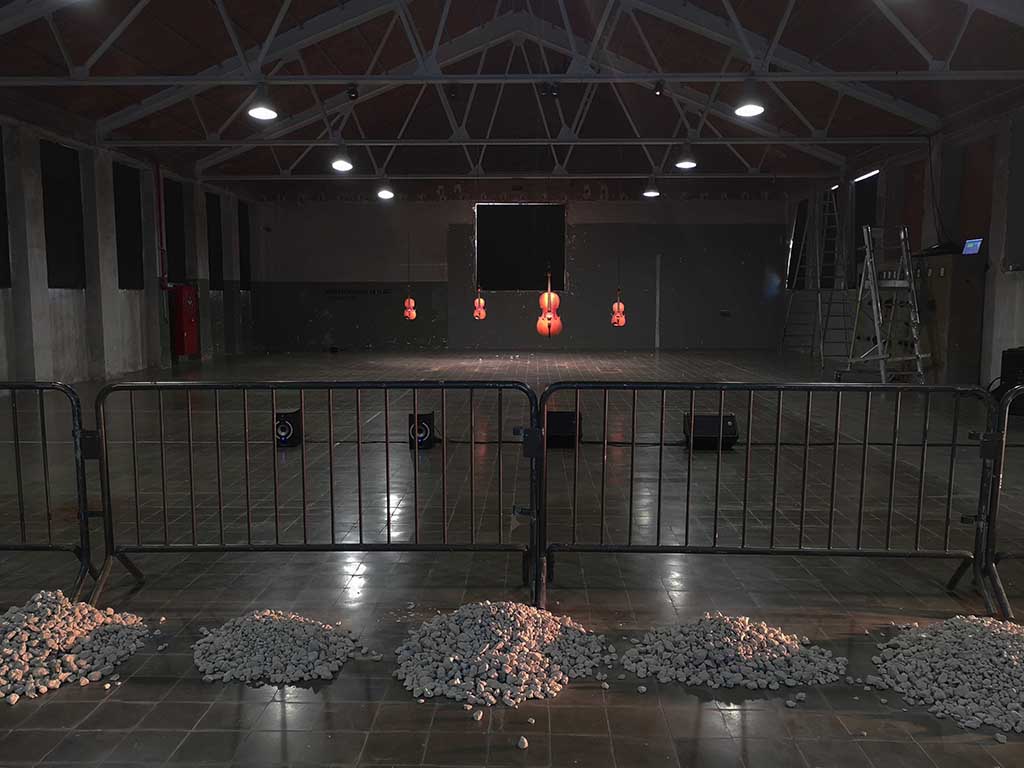 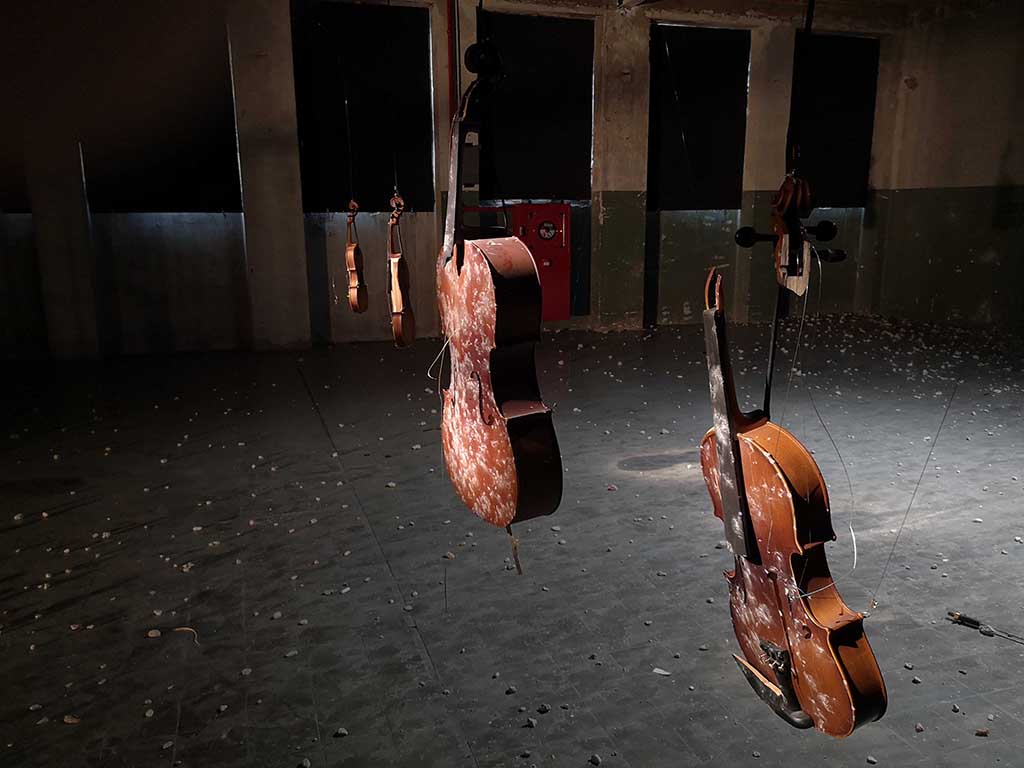